Why are cops shooting pet dogs???

Over the past few years I have noticed and commented on a trend that I find disturbing and alarming.
The trend is that of law enforcement officers in ever increasing numbers killing pet dogs with their service weapons. 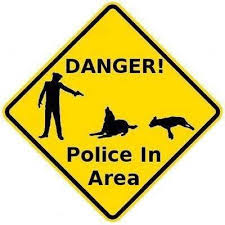 If you have not noticed this trend or want to verify it, I suggest that you use google or your favorite search engine. Try the search phrase "cop kills dog". You will likely be sick to your stomach. I will warn you that if you do a search with that phrase on YouTube you will find videos that are truly disturbing and very graphic. There are several videos on YouTube that document disgusting graphic  scenes of law enforcement officers, paid by our tax dollars, shooting pets that obviously pose no immediate threat to them. In one video an officer restricts a dog's movement with a rigid tether and kills him with what appears to be the officer's service weapon. 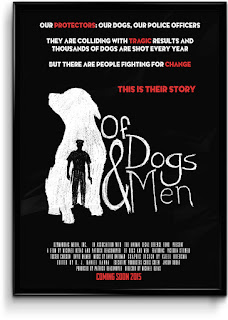 The problem has become such an epidemic that it has attracted the attention of documentary film makers Michael Ozias and Patrick Reasonover. The pair have recently completed work on a documentary film called "Of Dogs and Men". Infowars recently did a story about the issue and the documentary film.

The press kit for "Of Dogs and Men" provides some startling and vile facts such as the following:

My friends, I realize dog bites hurt like hell. I have been bitten a few times over the years. I did not find any of those experiences enjoyable in the least. However, I have never killed a dog to avoid a bite. I have never felt that my life or body was in danger to the extent that my only or best option was to end the life of the attacking dog.

In the example from the documentary film, I am at a loss to come up with any possible reason why a 250 pound law enforcement officer would "be in fear for his life" from a 12 pound Jack Russell terrier. You folks with Jack Russells know they can be frustrating at times. However, I have never met a reasonable and sane adult who was in fear for his life due to the threat of a 12 pound Jack Russell terrier. With all due respect, where the hell did they find this coward?

My question to the law enforcement community is: Why are you so terrified of dogs that many times are wagging their tails and not presenting any signs of aggression at all? If this sort of thing really does freak you out to the point of requiring you to endanger the lives of the public by firing a deadly weapon to kill these poor animals, perhaps you should reconsider your chosen profession. For example, fast food service does not pay as much but you will never again have to face the "threat to your life" imposed by  a massive 12 pound Jack Russell terrier at work.

The techniques that I mention are not difficult to learn. They are not magic that only dog trainers can master. They are simply common sense techniques developed out of an understanding of dog behavior. I did not come up with these techniques. I learned them from other folks who also work with aggressive or scared dogs.

My friends and customers, this is not rocket science! I learned the techniques and can teach them to anyone in a relatively short amount of time. The more you use these techniques the easier they are to do but anyone can learn them. By "anyone" I mean even law enforcement officers.

If I can do it then, I do not think it is too much to ask that law enforcement in this country do the same. Yes, you brave law enforcement officers may get bit. It happens. But it is never justification for killing an animal who was most likely aggressive due to fear. A dog can also become aggressive to protect his handler or the handler's property. None of this warrants instant death.

Law enforcement officers, please understand, the dog is not going to kill you. Have any of your fellow officers ever been killed by a pet dog? (according to the statistics the answer to this question is a resounding NO!) Yes the dog may be scary. If you do not exercise proper caution the dog may bite you and it will hurt like hell. But, you will not die. Ask any professional dog trainer who has been in the business for a while. They will tell you that although suffering multiple bites they are all still alive with little or no permanent damage.

I realize that language of this post is a bit harsh in comparison to my standard blog posts. I am not against law enforcement here. I am simply in favor of not having government agents killing innocent pet dogs. Many times this killing occurs on private property even in the homes of law abiding citizens of the United States of America. Regardless of your emotional feelings here, do we really want this happening in our country?? Is this really what our founding fathers would have envisioned for the future of this nation? Do you thing Washington, Jefferson, Franklin, Revere, Hancock or any of that bunch would have feared for their live due to a 12 pound Jack Russell Terrier? I find it difficult to envision Washington firing a musket at this little guy under any circumstances. Am I incorrect here?

If any of you folks would like to learn the proper technique to use in breaking up dog fights or how to avoid getting bitten, please contact me at anytime and leave the pistol in the holster.

Also, if you would like help in teaching your dogs to be polite little girls and boys please let us know!