Why do hounds have floppy ears? 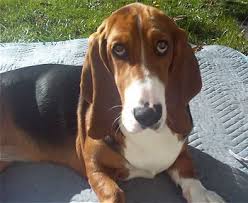 All the pictures that you see on this post are of hounds with floppy ears. If you are like me, you have often wondered why hounds have floppy ears. 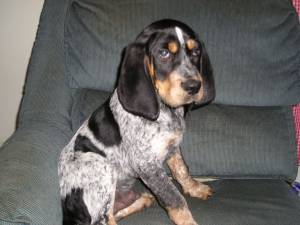 Truthfully, on the surface, it seems like a detriment to the little guys. The floppy ears tend to trap bacteria and nasty stuff (that is not a medical term, I am not a veterinarian, nor do I play one on T.V. :) ) and this leads to infection. The floppy ears also tend to get caught on things. Our little Beagle, Cody, had to make an emergency trip to the veterinarian on Friday afternoon last week because he got a splinter caught in his ear. The splinter actually pierced through the ear and was very painful to him. We are still not sure how it happened. But the fact that Cody’s ears are floppy did not help here. From an auditory perspective, you would not think that the floppy skin and cartilage hanging down would impair the hearing. So, I don't suppose the floppy ears have much to do with enhanced hearing. 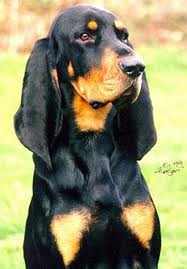 They are really cute. I suppose that may be enough reason for most of us but, I don't think that is exactly it either.

It turns out that there is another possibility. Look at our friend the Bloodhound in the picture (he is the guy with the loose skin above to the left (with the tree behind him).

The Bloodhound has really loose skin around the jowls and the head. His ears are really long and floppy.

The Bloodhound is also known for his acute sense of smell and his tracking ability.

It turns out that the floppy ears and loose skin around the mouth and near the nose contributes to his great sense of smell (not to mention his overall cuteness). 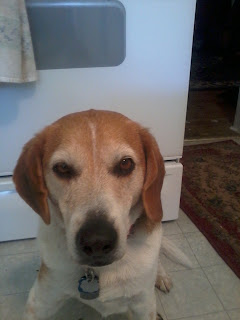 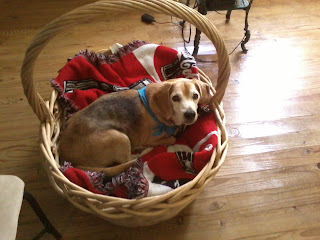 The large "lips" and long ears help to stir up and perhaps even catch these little scent molecules. (For those of you who attended public schools within the last decade, you can not see molecules, they are microscopic. It is beyond the scope of this post to explain in greater details, just trust me here). This does aid in the Bloodhound's acute sense of smell.

I think that is probably the real reason that we have bred the hounds to have those floppy ears.

From a historical perspective , until relatively recently, within the last century or so, we bred dogs more for functionality than for appearance.

The hounds were bred to hunt and track. When you think about this, it is very desirable to have the long floppy ears. Since it aids in the scent detection ability, it is quite an advantageous and desirable trait.

So, now you know :). I really do think this is why we have so many hound breeds with floppy ears. Even the sight hounds tend to have floppy ears even though they are generally smaller than those of the scent hounds. 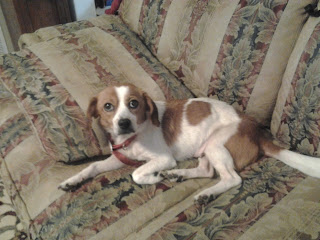 The sense of smell is very important to any hound, I suppose.

But remember, as I have written before, cleaning the ears of these floppy eared guys is really important. Check them regularly and clean them regularly!

As always, if you have any dog or dog training questions, please contact me at anytime!

Till Next Time
-William-